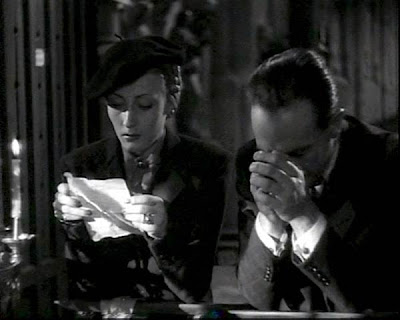 Released in 1943 and set in a rural French community around that time, Le Corbeau is the story of a ‘poison pen.’ For those in need of a definition (I needed one): a poison pen is an individual, his or her identity secret, who writes threatening letters. The letters may directly threaten the person receiving them—implying knowledge of an embarrassing secret, for example—or indirectly, if a letter containing the same information is sent to someone else.
Gossip, libel, unfounded rumor, anonymity—all this sounds familiar. We’re in a period where cyber-bullying, and its sometimes lethal consequences, make the news every week.
The difference is that today, a teen can send such a letter to a hundred people in five minutes. In 1943, the handwritten letters appear one by one; an insidious trickle over months. First a few citizens get them; revealing their contents privately to confidantes, who sometimes reveal that they too have received one. Only later does the letter-writer, who signs each note “Le Corbeau” (The Raven) grow bold: hiding one note in a wreath in a public funeral, and letting another flutter down from the upper floor of a cathedral during Mass.
Most of the letters attack one man: Dr. Germain (Pierre Fresnay). They accuse him, in an hysterical tone, of being an abortionist and a lecher. There is reason to suspect him of both, but nothing the townspeople (or us) could call proof.
Germain is an easy target. He’s stern and enclosed; he did not grow up in the town and talks to few people aside from his colleague, the psychiatrist, Dr. Vorzet (Pierre Larquey), and Vorzet’s much younger wife, Laura (Micheline Francey). “I have neither friends nor enemies,” he declares, early on; but apparently, that isn’t all true. 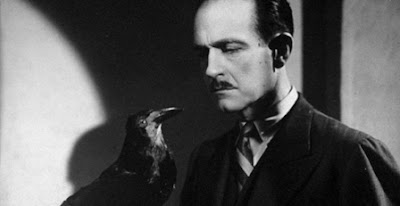 A film like Le Corbeau will be about two things: the identity of the letter-writer, and the effect such letters have on the people who read them. If the latter is emphasized, you’re watching a psychological treatise. If the former, you’re watching a whodunit. For all its musings on the human condition and what motivates a poison pen, Le Corbeau is a whodunit first.
Director Henri-Georges Clouzot gives you suspects the way a card shark deals a good hand. You’re curious, always, about this or that person, but suspicious, too, of an option that seems too obvious. Potential Ravens include Laura, whom Germain may love; her husband (due to this); Laura’s bitter sister Marie (Héléna Manson); and various minorly corrupt town officials. There is also Denise (Ginette Leclerc) a glamorous and languid patient of Germain’s, who has more reasons than anyone else to stir the pot. She even owns a stuffed raven.
I wearied of this, after a while. Once you realize a film is playing with you, you begin to engage it as an adversary, throwing in your lot with whatever seems to be the least likely solution, simply because it seems the least likely. Clouzot even addresses this, sort of, through one of Dr. Verzot’s many extended reflections on guilt, innocence, and the criminal mind. “[The police are] looking for someone with logical motives,” he tells Germain. “The poison pen acts on much more mysterious motives, that are incomprehensible to the average man.” But Le Corbeau’s final scene may contradict this (I think it does), and either way, the film’s final jumble of false accusations makes for a flat end. 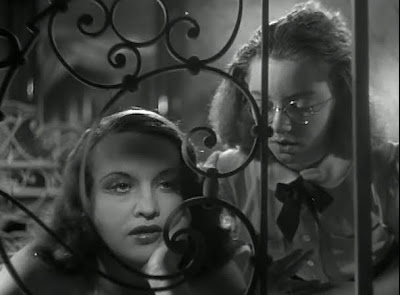 That the Raven knows so much about so many people is hard to believe. But this is not a negative, so long as you perceive him or her more as a super-villain than a pitiful shut-in. I believe Clouzot saw the Raven this way—from the dramatic code name to the insider knowledge to the ludicrous delivery of the letter from the cathedral ceiling. When the Raven’s identity is revealed, I think you’ll agree with me that he’d (or she’d) be right at home in a comic book.
Within Clouzot’s flurry of cuts and rapid, breezy dialogue scenes are suggestions about what letters like these can do to a person. Especially if they accuse a man of having already done what he fantasizes about someday doing. But these moments of reflection are delivered with too much panache to really sink in. With the exception of one event, in which a letter provokes a suicide, Le Corbeau isn’t even grim. It’s often sexy, occasionally even goofy fun. Read the synopsis and you might be expecting something like The White Ribbon (2009), but no.
I liked Le Corbeau, but didn’t love it. A very early work in Clouzot’s career, it has a tentative quality that the director erased from later films like The Wages of Fear (1953). Le Corbeau entertains, but it does not challenge. It just makes a show of challenging, and eventually, we get wise.
Where to find Le Corbeau:
Le Corbeau (The Raven) screens Tuesday, November 1, 2011, at Toronto’s TIFF Bell Lightbox—part of the retrospective The Wages of Fear: The Films of Henri-Georges Clouzot.
Le Corbeau is also available on DVD as part of The Criterion Collection (currently out of print).
Click here to read my post on The Wages of Fear.
Posted by Chris Edwards at 12:06 PM