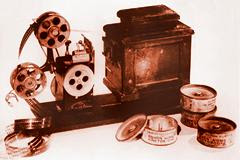 Merry Christmas! If your heart-cup happens to be overflowing with holiday spirit right now, perhaps you can do me a favor. I can't find a single image online for A Christmas Accident. If you have one, let me know. This post would really benefit from a few visuals specific to the film. In the mean time, you can see the whole thing (all 15 minutes of it) here.

Christmas-themed silent films are always about death. It’s implicit in everything they celebrate: family, hearth and home; the bond between parents and children. We watch these films, from a distance of a century, and wonder how much of what they depict would be gone, were it all real. The house, maybe. The gifts, probably. The people, for sure. All of them, even the tiniest children, gleefully opening presents. But of course, the people—the actors—really are dead. It’s difficult to forget this.

Maybe, if I didn’t take this morbid approach, I wouldn’t find A Christmas Accident so creepy. There’s an undertone to this little film so grim it has stayed with me for years; yet, with one exception, there is nothing in the plot itself that could be called dark. It’s a simple story of a miser’s redemption, facilitated by a little girl, pure of heart. No one (no person, anyway), dies. The ending is happy. So it must be me.

But still, there is strangeness here. Imagery and compositional choices meant, I think, to tweak things embedded deep in our brains, things stretching further back in our collective memory than Victorian stories do.

Mr. Gilton and his wife are an elderly couple, living in the right-side of a duplex. The Biltons, a younger couple with four children under ten, live on the left side. The Giltons, with their few expenses, are well-off, while the Biltons must scrimp. The families share a porch, leading to identical front doors. This becomes important later.

Rhyming names, one house with identical doors—this seems like a farce-in-waiting. But the film is never funny. In fact, Mr. Gilton (William Wadsworth) is a bad neighbor and a nasty man to almost everyone; a grump who berates the Bilton children and shakes his fist at their father and mother over little misunderstandings. The Biltons tolerate him, but they’re the saints of the story. To us, Gilton’s an old goat with no redeeming qualities at all, aside from treating his wife pretty well. He’s a little too mean to be entertaining. 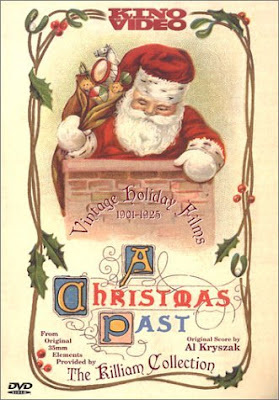 He’ll improve, of course. That Mr. Gilton will learn the true meaning of Christmas is a certainty, so much so that it isn’t worth dwelling on. The “accident”, which occurs at the end of the film, is Gilton’s own: caught in a blizzard on the way home from the butcher’s, he blunders into the Bilton’s home by mistake. Covered in snow, a turkey under his arm, and bearing a slight resemblance to Santa, he’s embraced by the Biltons and invited to join them. He is moved, and redeemed.

That Gilton is saved is not compelling—what matters more, I think, is what it means to cross that porch. Director Bannister Merwin pays very close attention to the two halves of his frame, as many fixed-camera filmmakers tended to do. In this case, he splits the lower façade of the house exactly in two, dividing the centre of the frame with a porch pillar standing between the two front doors. The rear of the house has almost-identical doors as well, with a tall railing spindle marking the midpoint between them. Gilton almost never crosses the midpoint on either side of the house.

Photographers and cinematographers usually avoid this kind of symmetry because it looks rigid and fake. But here, I believe, that’s the intent. We’re not to see the halves of the house as parts of a literal object, but rather, as the world of sin and the world of righteousness; compartmentalized, but close.

Observe the objects in the backyard. On the Biltons’ side: a water or wine barrel, and a flowering vine; on the Giltons’ side: a tree stump. Life and death. During one altercation between Mr. Gilton and the Biltons’ eldest daughter, Mr. Gilton’s little dog can be seen in the background, sitting directly underneath the centre spindle. In the next scene, the dog has been poisoned—and lies facing Gilton’s side of the building.

This placement of symbolic objects is a clue. So is the metal hoop of the butcher’s scale, which almost—but never quite—encircles Gilton’s head when he buys the turkey. And so is the pillar in front of the house: an architectural detail that splits the image, but not, literally, the object on-screen. The pillar is in front of the façade, and doesn’t truly divide the house, since Gilton could walk behind it (across the porch) whenever he wished. 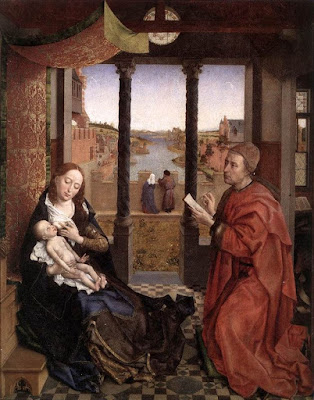 The model here isn’t classical theatre, or even a vaudeville stage—it’s medieval painting. Those ancient pictures, produced for illiterate populations, are filled with objects representing other things: goblets, skulls, gold, for example. They’re weirdly flat, as the principles of perspective were still to be discovered. And medieval artists often depicted architecture in purely symbolic ways, compartmentalizing parts of the image so as to highlight elements of the artist’s message. Used like this, an element like a pillar is less a part of the picture than a part of the frame—the distinction is collapsed, much as it is in A Christmas Accident. Even the woodenness of the film’s characters is in keeping with medieval art, which was concerned not with individuals, but with archetypes.

All of which brings me back around to the film’s “feel.” If I’d watched A Christmas Accident when it first came out, I’d have seen a relatively light story, but one bearing the trappings of a much older medium, steeped in symbols of judgment and death. Watching today, through a decades-thick veneer, the gloom saturates every scene. Everyone’s gone. The message is eternal, but still, the people were not.

The disc also includes J. Searle Dawley’s excellent early take on A Christmas Carol (1910). I wrote about that one here.
Posted by Chris Edwards at 2:41 PM