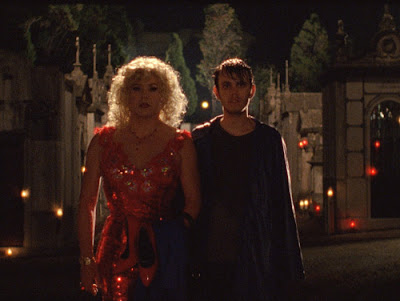 All great art is in dialogue with its audience. But film, by virtue of its reach, and sheer volume and range of material (high and low, big and small), is the medium most in dialogue with itself; its artists constantly challenging its purpose and definition.

So directors: take risks. Please take risks; I watch a lot of movies and I remember the risky ones best. Just remember that there’s a line—not even a fine one, really—between taking risks and simply indulging yourself at the audience’s expense. A line João Pedro Rodrigues crosses with To Die Like a Man: a film seemingly in dialogue with no one; made for an audience of empty chairs.

This one gave me hope, early on. To Die Like a Man opens not with the main character, aging drag queen Tonia (Fernando Santos), but with his son, Zé Maria (Chandra Malatich), a soldier on night patrol. Camouflaged, and blanketed by the dark, he engages in sudden sex with another male soldier. The scene itself isn’t shocking; what I liked about it was the way Rodrigues filmed the two men: in shadow, one bareheaded, the other wearing his helmet covered with branches, forming a compound shape that could have been a man kissing a woman in a hat. We’re reminded that eroticism is universal; that it’s only when we have the luxury to focus on details that we start splitting hairs, and judging right from wrong. Rodrigues can really compose a shot. Characters though? 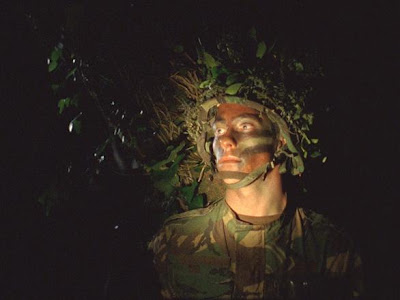 Rodrigues’ Tonia is a person in crisis; an old face in a Portuguese drag scene yearning for something new. She’s estranged from her son and threatened by Jenny, a striking new star with uninterrupted confidence. She has a jagged, perhaps asexual relationship with Rosário (Alexander David), a young junkie and dressmaker, who regards her with contempt. Tonia’s all contradictions: too strong and burly to fool anyone; religious, despite her line of work; bitter and a little racist toward Jenny (who is black), but enthralled by her beauty. Most of this is established in the first half-hour, and from then on, we’re left to reflect upon it, as is she.

There’s a difference between lingering on your pain, and lingering on the profundity of your pain. The former is pitiable, which isn’t a bad thing in the movies. The latter is obnoxious. It shows no interest in how the audience ought to feel, based on what they’ve been shown. It’s easy to feel pity for Tonia, and I did, up to a point. But the film’s momentum disappears when we stop and focus, again and again, on the continuity of that pain, rather than incidences of it. Yes, many bad things happen to Tonia, mostly undeserved, but they’re all of a type—all part of one big mope that never really stops, only ebbs, and not too often, and when it does, Rodrigues takes Tonia away from us altogether. 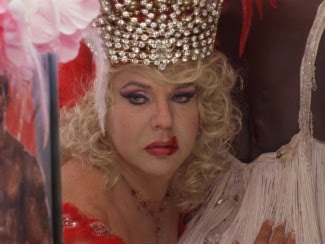 There’s the scene, for example, where Tonia sits outdoors with Rosário and a friend, enjoying the sunshine while having her wig trimmed. It’s a rare moment of relative happiness for Tonia; even joy. And then Rodrigues steps into the middle of it, flooding the frame with white light, as though evoking a waking dream. It works on that level, but the effect, also, is to force us to focus on the image of these characters, rather than the characters themselves. This dissociating quality is constant in the film; it manifests itself in many forms, with almost no relief.

You’ll see it too in the performances, which seem designed to remind us that performing is going on, even if the characters themselves aren’t flamboyant. Zé Maria’s the worst for this: a remorseless, stupidly homophobic robot who nevertheless tips his scenes toward comedy because he’s so hard to take seriously. What more is he than an embodied threat? Both Zé Maria and Rosário are capable of terrible violence, enough that we realize how much danger Tonia’s in, but they have no more depth or humanity than a speeding car. Meanwhile, Tonia suffers on, taking care of her dog, and adopting a second stray dog, just in case we don’t get the point.

The last straw comes late in the film, though not nearly late enough. It is a scene in a forest, with Tonia, Rosário, the dog, and a pair of transvestites they meet and befriend (Gonçalo Ferreira De Almeida and Miguel Loureiro—by far the film’s highlight.) The hikers stop and point to the moon, which turns a deep orange, bathing them in orange too. Then they sit and listen to a song, which plays in its entirety (a good four minutes). And while it plays, they do nothing. And the camera does nothing. Consider that. 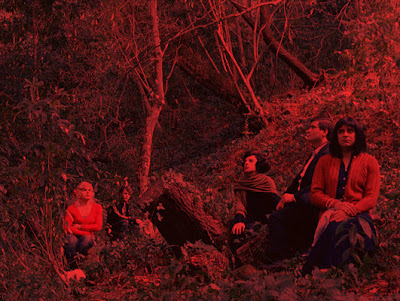 It’s absurd, really, to occupy a theatre seat, watching this. The song they’re ‘listening’ to is not played within the universe of the film—they hear it the way we do, as though it were part of a soundtrack of a movie they’re… well, sitting in. Two minutes in, I wondered when the scene would end. Four minutes in, I wondered when the movie would. I never thought about Tonia.

If Rodrigues staged a photo exhibition, I’d buy a ticket. I mean it—if you see To Die Like a Man, you’ll walk away with some fine memories like that. Photos, though, are standalone images; they must convey their full power at once, even in isolation. This movie tries to do that not just with images, but with whole scenes, events, even performances; and the result is vain. Perhaps that’s appropriate, given the subject matter, but would Tonia settle for it? A great drag queen never forgets her audience.