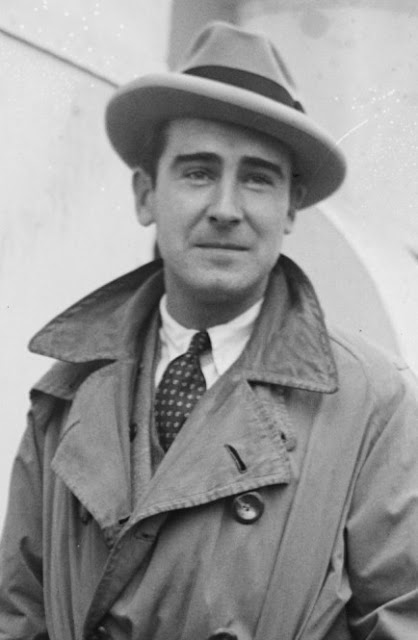 In an early scene in The Chalice of Sorrow, Isabel Clifford (Blanche White) sits to be painted. Her artist is Marion Leslie (Charles Cummings); a man commissioned by the Church but distracted by matters of the flesh. Not Isabel’s flesh, mind you; but Lorelei’s—the same Lorelei who wows the corrupt police chief, Sarpina (Wedgewood Nowell), with her virtuoso vocal performances, night after night. Lorelei (Cleo Madison) is Mexico’s most celebrated opera diva, Marion’s fiancé, and Sarpina’s passion, yet she boils with petty suspicion over Marion’s friendship with Isabel. Doesn’t she know Isabel’s too wound up in her own brother’s affairs to give damn about anyone else? Rance Clifford (John McDermott) is an American diplomat who’s run afoul of Sarpina and been jailed. Isabel bribed his jailer and now he’s on the run. That gives sis a lot to think about.

Despite all the heat and bother and worry and running around, Isabel can sit still long enough to be Marion’s model. And so she is, for me, the best example of the central principle of The Chalice of Sorrow, which is this: pose at all costs. Chalice’s actors look downright sculptural as they plead, renounce and embrace their way through shots resembling publicity stills more than real footage. And why shouldn’t they? Chalice is a retelling of Puccini’s Tosca, and director Rex Ingram, transplanting the opera from stage to screen, and from Italy to Mexico, had to replace all that music with something equally dramatic; a collection of frequent, spectacular payoffs that could justify Chalice’s molecule-thick plot. He does it, to impressive effect, with these scenes of arch composition. And if the audience doesn’t buy it all (I certainly didn’t), we can at least admit that men and women bursting into song is preposterous too.

There’s no room for shame in this film. When Lorelei visits her imprisoned lover in his cell, Ingram backs them with black and bathes them in a narrow spotlight as Marion clutches her to his breast, looking upward to (the roof of his cell?) with the idiocy shared by all romantic leads. The only reason Marion’s in jail is because Rance broke out, and Marion helped hide him. We know these details because we already saw Isobel, dressed in gleaming white, force gold coins into the hand of the jailer, Pietro, dressed in grimy rags opposite her. Pietro froze for a moment, unsure of the risk, but then Ingram showed us his grimy infant son, and we knew what the father would do.

Scenes like these make Chalice brainless, but never boring. Underlying every pretentious shot is an honest sense of anguish, and we truly believe that, before too long, something bad is going to happen to these people. Better apoplexy than indifference. And anyway, the poses are particularly gorgeous, thanks to Ingram’s sense of composition and willingness to fill the frame with his actors’ bodies. His men and women look huge onscreen, especially for the time; their beauty and ugliness, their very different appearances relative to one another, give the film an abundance and virility lacking in many films of the mid-teens.

Even slightly wider shots, like the one forming Sarpina and Lorelei’s dinner scene, seem generous. Lorelei despises the police captain, but needs his sympathy to save Marion’s life. She knows what that will cost her. Sarpina wants the formality of a meal first, and so they sit at the near edges of a table corner, amidst a pile of food and drink, bisected by a tall white candle. The candle is their boundary line and whenever Sarpina leans forward we sense violation. This whole scene feels crowded, overfull—and finally overwrought, as the drunken Sarpina loses patience and lunges. The rape sequence that follows is physical for the time, with Lorelei failing to wilt as most silent-film women would, and Sarpina not quite getting the upper hand most mustachioed villains could count on. Stately meal and explosive violence become one piece; rich, thick image-making, prepared by the thinnest storytelling. I accepted it, and then enjoyed it as part of Chalice’s unapologetic visual melody. An opera, without the vocal rewards, would be no less shallow.

Where to find The Chalice of Sorrow:
I attended the world premiere of a restored The Chalice of Sorrow at Toronto’s Jackman Hall, presented by the Domitor 2010 conference. This preliminary restoration had been completed only days before, and Domitor’s reps insisted the print still needs some cleanup, plus tints; but it seemed fine to me. Ingram’s film is more pretty than smart, so all we really need is a good look.
Posted by Chris Edwards at 2:13 PM