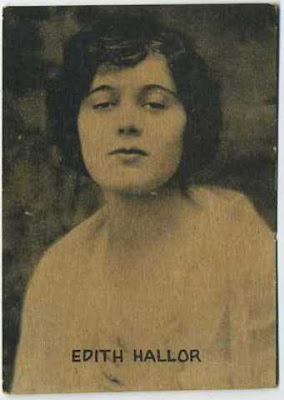 I can be a bit judgmental, so I tried to give Tom Logan the benefit of the doubt. I dimmed my cynical eye before this man, a hayseed so dumb that he ploughs a tract of land filled with coal. But Tom doesn’t reward a patient viewer, nor does anything else in Human Hearts. The movie is the fakest of fables, from its first scene of matte-painted, Ozark idyll to its last, arch lines of dime-store dialogue. And Tom (House Peters) is the dullest sort of hero. He’s good not because he chooses to do right, but because he was raised to do it, and since his perspective never develops, he’ll keep on doing it. Tom is immobile between the ears.

He did have a good start in life, I reckon. Tom’s the brawny elder son of his village’s founder, a farmer and wagon-wheel maker, ‘Paw’ Logan (Russell Simpson). He lives with his younger brother, Jimmy, his blind mother, and Ruth (Mary Philbin), a young and pretty foundling who’s always eyeing him from some corner, though never when he’s looking. Beyond work and family, all else is oblivion for Tom. This makes him especially vulnerable to Barbara Kaye (Edith Hallor), a scheming, cityfied villainess who’s as much of a stereotype as he is.

Barbara’s a real tease, even for boys in the audience, like me. ’Cause for us, she’s not just sexy, but brimming with potential—a walking, hip-swinging promise of complex character development, unlike Tom. It’s her intro that gives you such hope. Barbara’s first scene takes place not in Tom’s village, but in prison, where she’s visiting her boyfriend and currently incarcerated/soon-to-be-released partner in crime, Benton (Ramsey Wallace). Benton’s got a rough-looking gangster face, so you know he’s unredeemable, but Barbara? The movie seems hesitant to pass sentence. An early intertitle describes her as “what you’d call ‘bad’ ”, due to the ease with which she can be influenced by bad men, and her unwillingness to consider situations critically. This qualified judgement got me wondering if Human Hearts had something interesting in mind for Barbara. Not quite.

It’s odd, how the film can root Barbara’s badness in her naiveté and absence of critical thought, yet fail to do the same for Tom, whose goodness results from the same character flaws. How else to explain Tom’s lack of suspicion when Barbara’s car shows up in front of his shop, though her motorized presence so clashes with his surroundings as to make him seem like an anachronism in his own life? Remember, he builds wagon wheels. If nothing else, Tom should wonder why Barbara’s there. Love needn’t make one incurious.

The couple’s race from dating to marriage to children is rapidly run, and Barbara does, indeed, seem to invert her persona and become the wholesome country wife, but none of that seems weird to Tom, either. He’s committed to his role of true-blue husband, even turning on Paw when the old man refuses to embrace Barbara.

Paw’s the character most emblematic of Human Hearts; he’s also the smartest, in that his rigidity locks him into one set of viewpoints, which happen to be the only accurate ones. Paw has eyes like cold lead and long, puritanical whiskers that seem to pull his frown about a foot past his face—he’s a man certain of the world and everyone’s place in it, including Tom’s and Barbara’s. And he doesn’t trust Barbara any further than he can throw her. 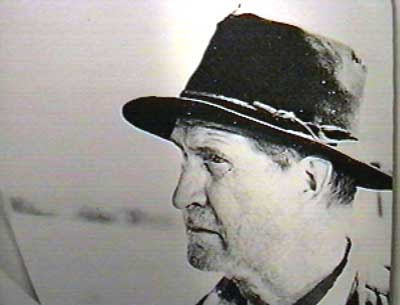 Russell Simpson as Pa Joad in The Grapes of Wrath (1940)
That’s the right attitude to take toward Barbara, but fat lot of good it does Tom, who, through bits of plot, finds himself imprisoned for a crime he didn’t commit. His time in the hooskow does give Human Hearts some parity, because now both he and his wife are trapped in environments their true natures cannot abide. Just as Tom remains the utterly good and loyal man, even when surrounded by cutthroats and rogues, Barbara, slowly, grows weary and irritable from the slow pace, tedious work and lack of sex the life of a farm-wife and prison-widow offers her. This rediscovery of the real Barbara begins even before Tom heads to the cooler, but with him gone, she wastes little time in fleeing her new life.

Human Hearts is far from the worst movie I’ve ever seen, and actually, it does beg a lot of thoughtful questions about society, identity and ethics. I just don’t think it begs them on purpose. When Tom is released from the clink, integrity intact, we know he’ll continue on much as he always has. His child, whom Tom basically abandoned on principle years before, is there to greet him. And so’s the ever-passive Mary Philbin, still making doe-eyes at him. This flick couldn’t end any other way. It wouldn’t know how.

Where to find Human Hearts:
I saw Human Hearts live at Cinefest, in Syracuse, NY. Piano accompaniment was provided by Ben Model.
Posted by Chris Edwards at 3:23 PM