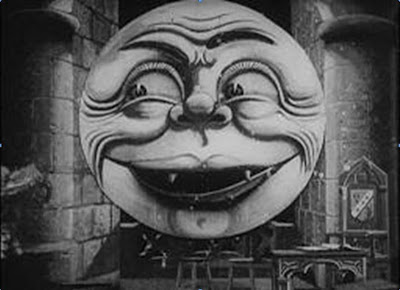 Looks like nine haikus about a dead elephant are more popular than a 1,100 word essay on a three-hour Scandinavian epic. I’m SHOCKED.

So here’s some more verse (I hope it’s not worse) than the last one. First though, you should watch the film itself, which is a mere three minutes long or so on YouTube.


(To be declared in a loud voice, accompanied by small harp or ukulele)

whose scouring scope      the sky-fields raked:

this sovereign, sought      for sober thought.

in blinks his bearings    borne away!

so fierce he thought,    and fixed his scope


But fierce, too, the      fouled firmament replied,

soon ruled the room,  and rent the scope.

but nowhere now      the nightmare led

The amusements of minds made too weary to wake

Where to find The Astronomer’s Dream:
This film can be found on disc one of Flicker Alley’s magnificent five-disc set, George Méliès: First Wizard of Cinema (1896 – 1913).