Reflections: Compelled to the Craptastic 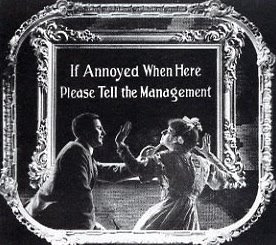 Why write about a movie that stinks? For money? Yes! But nobody’s paying me to post this blog. No, this is charity work really; or maybe catharsis, or distraction, but it’s not a job. If I sit through a merit-less mess like The Wizard of Oz, then spend hours immortalizing it in prose, I’ve got no one to blame but me. The real question, then, is why watch a bad movie at all? I’m posing this to you, the reader:

“What prompts you to watch a movie you know is bad?”

Because we all do it. We all drop $12.50, occasionally, to watch something everybody else swears is the dog’s breakfast. All the critics we trust hated it; some we don’t trust hated it too—only the studio shill-bot says it isn’t shit, but still we go.

I’m the type to feel guilty if I can’t justify my behaviour, so in cases like this, I have two justifications:

1. “How can I judge a film based on someone else’s opinion of it? Until I see for myself, I cannot assume it’s anything less than brilliant.”

This is an intellectually bankrupt position, disguised as fairness (a problem we have in many, many other fields of modern life). Neutrality has nothing to do with art. If we were able to approach a piece of art from a totally neutral position, we would deaden it. And as for the sanctity of Personal Opinion, well, I don’t think my own assessment should be the concluding word on any film I see, even to me. Discussing a film I’ve seen with others who’ve seen it is one of my favourite activities. Why? Because they catch things I’ve missed. And because I like to argue for my interpretation. If I can’t do this with a real person, I can at least do it in my head—debating my POV against solid, contrary critical appraisals.

2. “I’m interested in the subject of, and/or techniques used, in creating this possible masterpiece, and/or the director directing, and/or actor(s) acting in it.”

Here’s a few recent films that earned a viewing from me solely on this basis:

• Marie Antoinette
• Domino
• Tropic Thunder
• Babel
• Up
• War, Inc.
• A Fool There Was
• 3:10 to Yuma
•The Assassination of Jesse James by the Coward Robert Ford

This list could be much longer. And no, I don’t think all of these films are bad. I just didn’t like them much; perhaps because I expected to like them a lot.

To paraphrase Ebert, “It not what a movie’s about, it’s how the movie’s about it.” That concept always seemed right to me. I do believe all genres can produce genius, though some are less likely to do so. That’s the director’s fault, or if we’re feeling more cynical, the studio’s. But is there more? Am I ignoring some subconscious compulsion here? I ask again:

“What prompts you to watch a movie you know is bad?”

Your opinion is valued.
Posted by Chris Edwards at 3:56 PM