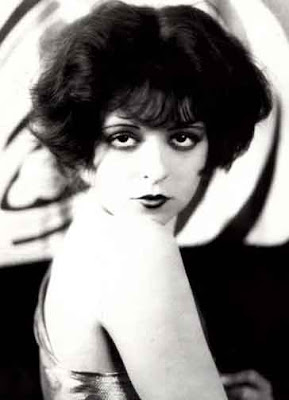 I love Clara Bow. Love her looks, love her charm; love her little bit of everything a man might want. I love her confidence, I love her jokes. I love her fiery centre, burning down the ingénue roles around her, exposing them as paper. In every film of hers I’ve seen, Clara Bow’s in three dimensions; a laughing, crying, fully fleshed, dynamic being, pulling your eyes from the silent archetypes surrounding her.

“It” is Bow’s most famous film today, though she made many. She was an enormous star in the late-1920s; a flapper writ large. She was scandalized, sometimes fairly, often not; she was propelled to stardom by a studio that also exploited her. She came from nothing, rose to the top, broke down, came back, and broke down again. She died alone, in front of her television set.

What do these facts have to do with “It”? Shouldn’t Bow’s performance be evaluated on its own terms? Not this time. “It”, in both theme and execution, is not a film for the ages—it’s a deliberate expression of its moment, and a meditation (however light) on that moment’s biggest icon.

‘It,’ by the way, is something you have. Or wish you had. British socialite Elinor Glyn coined the term in her 1923 novel, The Man and the Moment. Possessing ‘it’ meant projecting “self-confidence and indifference as to whether you are pleasing or not, [though] something in you... gives the impression that you are not all cold.”

Those lines appear in the film, in which Glyn has a cameo, as herself, hobnobbing with the wealthy in a nightclub. She’s answering a question posed by Cyrus Waltham, Jr. (Antonio Moreno), heir to the Waltham’s department store empire; a young man of commerce and frank impulse. He’s got a lot on his mind, and tends to miss the obvious. Luckily, his idly rich running buddy, Monty (William Austin), misses nothing. 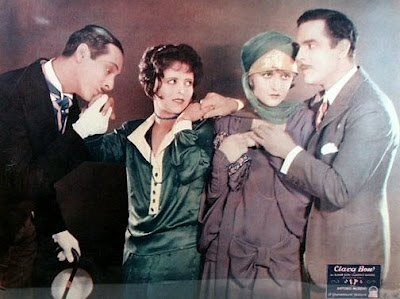 It’s at this nightclub that Monty finally draws Cyrus’ attention to Betty Lou Spence (Bow), one of hundreds of Waltham’s employees. Why is this shop-girl here, in this snooty club? Well, because Monty brought her. Only the day before, he’d read an article about ‘It’ in Cosmopolitan; with time on his hands, he wandered the sales floor in search of a girl that possessed ‘It,’ and there was only one. Monty would sleep with Betty Lou if he could, but she’d never agree, and he’s too flighty to really care.

No, it’s Cyrus that occupies Betty Lou’s thoughts. While he’s a fantasy object for the rest of the shop-girls, for Betty Lou, he’s a goal. She intends to have him, and sets about planning ways they can meet. This implies that meeting him is all it will take—Betty Lou is indeed self-confident.

Monty’s flirting is Betty Lou’s way in. She arrives at the nightclub in a dress she and her waifish friend, Molly (Priscilla Bonner), designed the hour before with a pair of shears. The snobbish maître d’ wants her placed at a discreet table, but when she sees Cyrus dining dead centre, she makes sure she’s just as visible.

“It” is not a subtle film, and these scenes stray little from Bow’s own life story. She grew up in a Brooklyn tenement, a victim of horrible physical and emotional abuse from an alcoholic father and a mentally ill mother. She became an actress at age 16, after winning Motion Picture Magazine’s ‘Fame and Fortune’ contest. Her image, though delivered on a cheap, Coney Island tin-type, was enough to convince the magazine’s judges she was special. They awarded her the grand prize of a bit part in a small film, Beyond the Rainbow (1922).
Clara Bow loved the movies and loved acting, but she’d never had a chance to practice the craft, except in front of her mirror. Her mother famously compared actresses to whores, and infamously threatened to kill Clara once she found out about the contest. This meant the 16-year-old, singled out immediately for her innate talent, artistic maturity and range, never had a career on stage. And without substantial stage training, she brought none of the trappings of stage acting to the silver screen. The results were stunning.
http://www.youtube.com/watch?v=Dxo_99eaEEA
http://www.youtube.com/watch?v=kh1nY3YRK0g 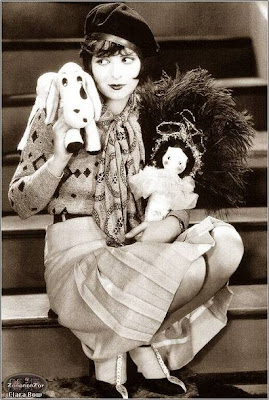 Watch her in a close-up. Her eyes dart up and down as she speaks, her shoulders shift, her fingers flutter. She’s active, the way a character with nervous energy ought to be, but so many silent actresses were not. Even Lillian Gish, Bow’s equal (at least) in talent, was more fond of the Grand Pose than Clara was. Gish’s style always considered the balcony seats; Bow’s considered only the lens.

Cyrus is suitably smitten. Betty Lou smoulders in his direction for the duration of the meal, even though he’s sharing his table with a woman of means, the lovely Adela (Jacqueline Gadsden). Alone with him in the foyer, she wagers he won’t even recognize her the next time they meet. Cyrus indeed loses that bet, but pays up with a date.

“It” rolls on in rudimentary fashion. Betty Lou has taken in Molly and her baby when Molly falls ill and cannot work; the baby’s crying disturbs the neighbours, who call the welfare authorities, portrayed here as judgemental busy-bodies. They try to take the baby from Molly, but tragedy is averted when Betty Lou claims the baby as her own. Her ferocious defence makes the papers, she is scandalized and libelled (much as Clara Bow tended to be), and Cyrus gets the wrong idea. Betty Lou feels betrayed by her dream man; she vows to win his heart, then smash it.

Like too many rom-coms, this one’s plot turns on a series of miscommunications, most of which could’ve been avoided if everyone just said a few more words before leaving a room. But Bow’s dynamism saves the film. Her reality is undeniable; her energy fills every scene, and in this movie, that is best. “It” is strongest when in motion, and Clara Bow, always, keeps moving.
The script, smartly, stays out of her way. Bow is herself: the true and original ‘It-Girl,’ and Betty Lou, as scripted, is sharp and self-aware. We never believe that her quest for Cyrus is a quest for status; she laughs at the idea of a shop-girl on a yacht, never tries to blend with the rich folks she meets and (we suspect) would never want to. Her heart can be broken, but she will always be a clear-eyed person; complex, complete and so very, lovably, alive. 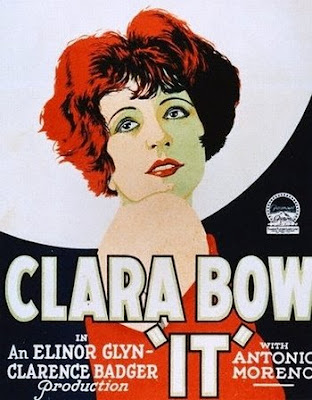 Where to find “It”
Kino International’s DVD release of “It” pairs the film with a fascinating documentary, Discovering the ‘It’ Girl, narrated by Courtney Love. Look for it here:
http://www.kino.com/video/item.php?product_id=539
Silent Volume has also featured Beyond the Rocks (1922), another adaptation of Elinor Glyn’s work. Look for it here.
Posted by Chris Edwards at 3:18 PM