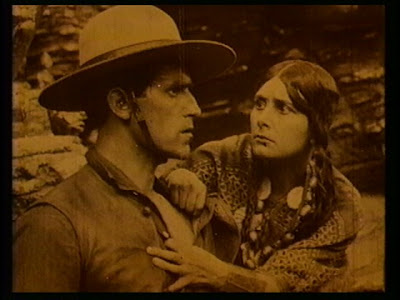 While Modern Men sleep soundly in their beds, ancient civilizations plot to invade.

Who can peer to the depths of this shadowy world?!

Only a most intrepid gentleman—a courageous fellow who loves culture but shuns convenience. Kay Hoog is the man we need.

Kay Hoog. Millionaire, treasure hunter, athlete, adventurer. Dashing bachelor; a man who, in the words of his greatest nemesis (and would-be lover), ‘lives only for sport.’ But Hoog (Carl de Vogt) finds ribbons and cups mere distractions—his first love is adrenaline, and the more dangerous and exotic its pursuit, the better. His mansion is filled with the spoils of missions-past: Indian statues; African masks; golden Buddhas—trophies he would not have sought if they were easy to find.

When Hoog arrivess at the Standard Club of San Francisco, he is again a man on a quest. He doffs his cloak and brandishes a soiled cloth before his crowd of grey-headed, tuxedoed admirers. It is a note, found by Hoog in a floating bottle that very morning. Its message enthrals them all:

To whomever finds this:

Please notify Harvard University, Cambridge Massachusetts, immediately that I was taken prisoner here near the 75th longitude by descendants of the Incas, who by tradition still faithfully offer human sacrifice to the sun.

Unbelievable treasures lie buried below the ruins of their temples, which are probably inherited from their old King. Beneath the so-called “Holy Sea” extends a gold mine, which appears to be inexhaustible.

Hoog will find that gold. The grey heads applaud his manly courage and raise their glasses. But one of the listeners, a young woman, sits quietly. She is Lio Sha (Ressel Orla), and she seems more interested in the note than the man holding it; her toast smashes Hoog’s glass. Hoog considers that a sign of luck.

Lio Sha has dangerous associates. She works with The Spiders, an underground organization of well-heeled conspirators. She does not meet with them directly; her connection is the weird Dr. Telphas (Georg John). However, nothing escapes her attention; as Dr. Telphas plots with the Spiders in their hideout (a mausoleum of riveted iron with sliding doors and secret exits), Lio Sha watches the proceedings from a magic mirror.

Lio Sha knows more about the ancient Incan city than Hoog does. She knows that the piles of gold in its underground caverns are worthless compared to its real treasure, the Diamond Ship. Lio Sha will do anything—to anyone—to possess it.

An added challenge? So much the better for Hoog. However, he must first find a way to the Incan city, which is buried deep within overgrown jungle. The fastest (and of course, most dangerous) way to reach it is by air. Hoog finds an old friend who pilots a weather balloon; will he fly him over the city? Hoog is happy to parachute from the basket once they’re overhead. The friend agrees, but warns Hoog that the balloon must leave the ground at 6 o’clock sharp; if Hoog is late, tough luck. 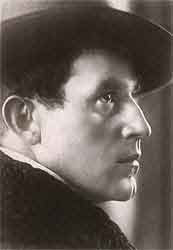 Indeed, Hoog nearly misses his flight, and it’s all Lio Sha’s fault. He spots her recruiting locals at a nearby bar, promising riches to all who agree to be the muscle for her mission. Lio Sha’s no shrinking violet herself—she stands on a chair in high boots, shirt and tie, giving muscular handshakes to every volunteer.

Hoog bursts into the room and grabs Lio Sha’s book of plans, holds off the crowd with two revolvers and escapes on horseback. The thugs chase him at full gallop, opening fire. Hoog presses his horse for all it’s worth and reaches the balloon just as it’s leaving the ground. He leaps from his saddle, catches the tow-rope and follows the airship skyward.

Hoog’s flight, and subsequent jump, are successful. Now surveying the jungle surrounding the ruined city, he spies Naela, Priestess of the Sun (Lil Dagover), bathing alone in the Holy Sea. Unfortunately for her (but perhaps not for Hoog), she is unaware of the anaconda slipping down the temple steps toward her. Hoog shoots and kills the beast. Naela faints.

When Naela comes to, she is frightened—not about snakes so much, but for her new hero’s well-being. “No white man has ever left this valley alive,” she warns him, though white women must feel more at home, since she’s clearly white herself. She runs off. 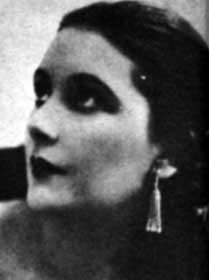 Naela is pretty conflicted. As Priestess, it’s up to her to oversee the blood sacrifice her superiors believe necessary to restore the Incan Empire. She prefers offering flowers to the Sun God, but has been overruled by her superiors. And it turns out that the chosen sacrifice is yet another white person: Lio Sha, who has been captured by the Incans.

The multi-armed Sun God awaits tribute. The Incans bind Lio Sha by her hands and feet and lay her before the idol on a bed of feathers. Despite her pants, tie and manly bearing, she’s quite the eroticized damsel now. And again Hoog appears for the saving, all pistols firing and hands untying. He throws her a gun of her own and the two shoot their way out of the crowd, backed up by Lio Sha’s underlings, who finally arrive to rescue her.

The interlopers escape beneath the city. Hoog and Naela move ahead, toward a small escape boat he’s fashioned for them. But Lio Sha’s forces halt before the mountains of golden treasure. They brawl over the booty, setting off a booby trap that floods the caverns.

Hoog and Naela are washed out to sea, where a romantic tall ship appears rescues them. Lio Sha finds her own exit just in time. The rest perish.

We return to Hoog’s mansion, where our hero is in good spirits. After all, he may have missed out on the gold, but he’s got a better trophy idling upstairs. Now his servant alerts him to a visitor. It is Lio Sha, looking dramatic. She declares that she loves him for saving her life.

Actually, they seem like a pretty good match. But Hoog likes his femmes more feminine; Naela descends the staircase at just that moment. Lio Sha does not take the rejection well.

Given all that he’s been through in the last few weeks, you’d expect Hoog to take Lio Sha’s threat seriously. Instead, he takes a day trip, alone. When he returns, he finds Naela lying dead in the garden. Upon her breast is a dead tarantula.

Oh, this isn’t over. The final intertitle says it plain:

For the further adventures of Kay Hoog and his revenge on Lio Sha... See Part Two—

http://www.image-entertainment.com/dvd/detail.cfm?productID=12697
Posted by Chris Edwards at 9:55 AM