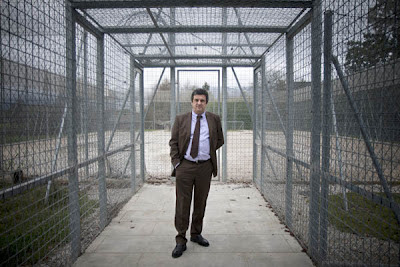 It isn’t about politics, or race. It’s about the fence.

The fence that appears in scene after scene in Special Flight, whenever the detainees of Frambois—the Swiss holding centre where those destined for deportation reside—venture out from their quarters into the sunshine. It isn’t made of thick bars, nor is it just a point of relief between high walls. It is a lattice-work of separate fences, pushing out from the detainees’ compound in successive layers, toward a parking-lot they cannot reach.

Director Fernand Melgar doesn’t film this fence (these fences) in any special way—as a symbol they’re potent enough on their own. They’re just metal webs upon metal webs: individually weak; bendable; perhaps scalable… but together? They’re too much to penetrate. Everything the detainees face in Special Flight is like this. The People, the System: everything is a little, manipulable piece of one big fence that doesn’t budge.

In Switzerland, it’s legal to detain someone suspected of being an illegal alien for up to two years, without recourse to a lawyer. It doesn’t matter if that person has lived in the country for decades; contributing to the economy, holding down a job, obeying the law otherwise. Having a young family doesn’t matter either.

Held in a facility like Frambois, this individual can appeal to the law for release; living the life of a minimum-security inmate all the while. Should he fail to make his case, he will be deported to the country where he was born. He is flown home, (though only the administrators call it ‘home’) and if the plane requires particular security measures, it is deemed a “special flight.” On special flights, deportees are outnumbered by guards, and shackled.

Yet they are not dangerous men, and everyone knows it.

We meet many in the film; mostly Africans, plus a few Kosovars, and their families. We also meet the men and women who run Frambois—most white, but not all—who co-exist with them in this bizarre hybrid of camp, shelter, and prison. We see detainees playing the music they like, even on iPods. One performs the songs he writes for a staff member, who bops along to it. Inmate and jailer work and socialize together; playing basketball on the same team. It’s almost warm.

Of course it’s unjust. The detainees know it; most believing that, if they’re guilty of missing some paperwork, they’ve at least earned the right to stay in Switzerland through years of peaceful and productive coexistence. Some are convinced that a trip home will get them killed. They know they’re being wronged.

The staff are harder to read. I take them at their word when they claim, to the camera and each other—and to the detainees—that they bear no ill-will. Their affection and concern for the men in their care seems real, not so different from a social worker’s, except for the enormous blind-spot they allow themselves. ‘How can you do this to us?’ one angry inmate asks. “I have a duty,” the staff person replies. “I can’t change the whole world by myself.” And to another inmate, about to be deported and terrified for his life: “No one has died. That hasn’t happened.” 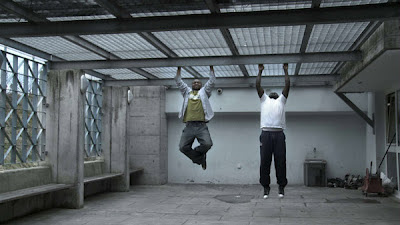 No one who appears in Special Flight could be called a villain. Many do wrong, but none are trying to. All are trying to make the best of a system that, I suspect, they’d be glad to see reformed. If Melgar wanted to find an anti-immigrant zealot working at Frambois, he failed. He could only find individuals cushioned by their own resignation, and comforted by the idea that they’re still treating the detainees like people, even while helping the state deprive them of their freedom.

What does this say for democracy? It’s astounding where Melgar’s camera is permitted to go: into a courtroom; into the detainee’s rooms; into cars, where cuffed prisoners debate their guards; into a boardroom, where each detainee’s case is discussed in considerable depth. All this openness, and still—the wrong persists. Only the special flight itself is unfilmed, and perhaps for good reason.

Special Flight is so candid, balanced, and fair, that it is possible, when things to go really wrong, to feel badly for everyone in it—even the staff of this smiling prison. That is not to defend who they are or what they do. It is simply to acknowledge that, in Western societies like ours, it is possible to strive to do good and still be an oppressor in practice. It’s not enough to decide who’s good and bad; right and wrong; law-abider and law-breaker. It’s not enough to be sympathetic. We have to challenge every layer of that fence. 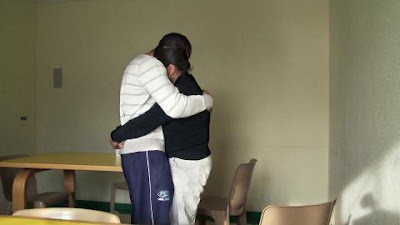 Special Flight is the second installment in Melgar’s multi-part documentary project (the first being 2008’s The Fortress). The project will culminate in a series of short, web-based films following detainees back to the countries to which they were deported.