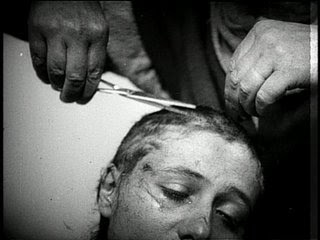 I’ve seen The Passion of Joan of Arc five times—the first time on a VHS tape I bought new, based on recommendations alone. I never do that.

I watched the tape a second time at home, with a friend. We watched it in silence. When it ended, she stayed perched at one end of my couch-bed, turning only her head to give me her verdict. “Joan’s in pain the whole time,” she moaned. Not a criticism, exactly.

Third time was just me again. Fourth time was at Jackman Hall, in Toronto, with another friend. She said nothing when it was over; we left the theatre, ordered some takeout and trod through the slush to the car. “So…?” I prodded. She patted her sandwich, still wrapped. “So,” she said, “that was really high art.” That was all. What she’d felt, watching this film—this thing—was not quite entertainment. Nor was it was appreciation; it was almost concession. She felt confident enough to praise The Passion of Joan of Arc, but unqualified to appraise it—though in so many ways it was still a tiny, simple film.

I don’t feel that way anymore. After my fifth viewing—last night, at the Bell Lightbox—I know this film by heart. I know every scene; almost every word, or at least, every intent (in silent films, that’s usually enough). Joan’s face, the legendary face of Renée Falconetti, no longer stuns me in my seat. I can analyze it—the central, beautiful visage surrounded by the gargoyle-like heads of her accusers, filmed in closeup or extreme closeup. Then I can think about what it means to build a whole film around Joan of Arc while leaving out every battle, the appearance of St. Michael, the dauphin’s betrayal—so many tent-posts that prop up this legend, leaving only her trial and execution.

How does director Carl Theodor Dreyer populate this sparse terrain? With raw feeling alone. For indeed there is nothing but the faces and the feelings of grief, rage, and disgust they project; and the piety, willfulness and judgment that comes of it. No medieval pomp surrounds them; only blank white walls and outside, by the stake, a sky white like gauze. Dreyer’s aim, more or less stated in the opening shot, is to lift Joan’s trial off the page; disrobe it of the legend, and so, while his sets are bleached of colour and his timelines compressed, his actors are as real as can be, and we always get a good look.

Falconetti’s first steps into the courtroom are shocking, because she looks so plain. This is a 19-year-old peasant with no interest in fashion; a sun-browned jock with a boy-cut—why should she be glamorous? Yet other versions gave us sex anyway, Ingrid Bergman’s 1948 portrayal included. Dreyer wants us to love Joan on her terms, not ours.

Her accusers are another matter. These learned Church doctors are ghouls; Dreyer’s camera pans with artificial smoothness across the row of them, most ugly, though not in the same ways. One is obese and smug, with a pad of fat that sits beneath his chin as he smirks at Joan. Another looks like Death from The Seventh Seal; another perspires and swoons, finishing each line with his lips parted. These actors are often filmed from below, an unflattering angle that makes them seem to tower over Joan, though they do not. 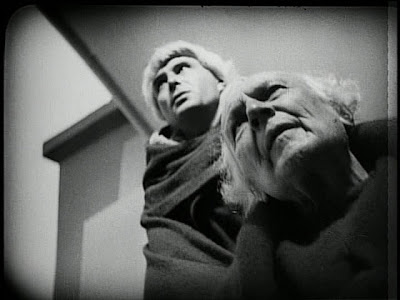 Most of The Passion of Joan of Arc is taken up with interrogation scenes—first in the courtroom, then in Joan’s cell, then in a torture chamber, and finally in her cell again, after she collapses from panic at the site of the torture devices. Her chief nemesis in all these scenes is Bishop Pierre Cauchon (Eugene Silvain), a ferocious man who screams down the few protests and pleas his fellow fathers make on Joan’s behalf. Cauchon is relentless, and the ugliest of all—his warts, his creases, his tufts of nose hair make us want to back away, but Dreyer keeps him right on us. 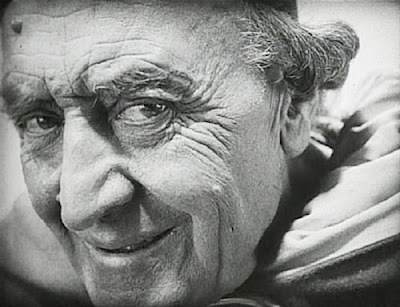 The Church’s motivation here is political, though the film never says so, expecting you to know your facts going in. Joan was a populist leader who inspired through moral authority; killing her would make her a martyr. The English wanted Joan alive and imprisoned, but only after signing a confession that would destroy her credibility. This is what preoccupies the Church doctors throughout—they begin by trying to trick her into admitting religious error; when that fails, they appeal to her military sensibility, forging a letter from the French King. That fails too, and only then do they resort to terror to make her break. Even then, the break is temporary, and that’s why Joan’s tale ends as it always does. Watching it all in disgust is the captain of the guard, a heartless slab of meat who has no time for theological games and just wants her dead.

The Church doctors couch their ambition in piety, even to themselves. At least twice they tell Joan of the sympathy they have for her; of the Church’s bottomless well of compassion; but they feel no obligation to help her if she does not first acquiesce to them. Joan cannot be struck down this way. Again and again they berate her and her face drains of emotion; she tilts her head to one side, either smiling at their foolish parsing of faith or, under their worst assaults, simply staring upward or downward in total rapture. I know that look: it’s a pose many painters have used to depict Christ. 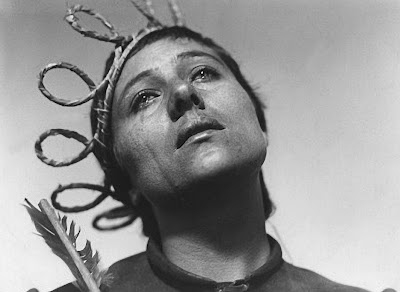 The doctors might as well be yelling at a statue, or an icon. The obese priest, incensed, even spits on her, but Joan’s oblivious and doesn’t wipe it off. She only does so when another priest, a kindlier one, steps down from his judging seat and comforts her. In that moment, Falconetti becomes a scared teenager again; a human being with normal human dignity.

The others remain heartless until the demands of doctrine are met, though frighteningly, it takes only that to prompt their mercy. Cauchon is indifferent to Joan’s pain until the moment she signs her confession; when she later recants it, sentencing herself to the stake, he looks truly sad. The obese priest, the spitter, weeps. The Machiavellian doctor who forged King Charles’ letter now seems hesitant. We see, briefly, what brought these men to their vocation in the first place, long, long ago. They saw their business to be saving souls, and somewhere along the line, it became more about destroying those who threatened souls already secured. 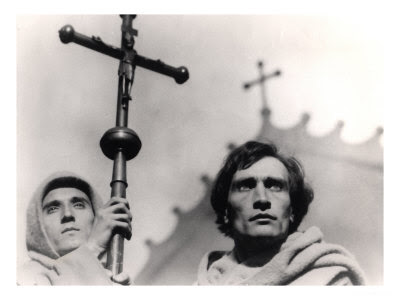 Joan is bound to the stake. Her hair is even shorter now; she wears even plainer clothes. The brush is lit. A sympathetic young priest—a handsome one, who makes you wonder about the sort of life young Joan might have had—holds a crucifix into the rising flames, that Joan might feel as close to God as she can in her last earthly moments, before joining Him forever. Around her swells a crowd, venal and grotesque like the priests; misshapen, frivolous, multi-tasking with booze and carnival pastimes like sword-swallowing, but now transfixed by the martyrdom in their midst. “You have burned a saint!” cries one man, as Joan’s corpse is engulfed and the captain of the guard signals for reinforcements.

The Passion of Joan of Arc could have been a radically different film. Versions before (yes, before) and since have treated Joan’s story in different ways, sometimes focusing on action over intellect, or even questioning the martyr’s sanity. There are no rules about it, so long as one shows fidelity to the facts of Joan’s life and remembers the core message of the story: that no ultimate victory can be achieved through force. Terror, torture, and trickery might break the physical Joan, but she will forever escape those who would contain her spirit, and remake her in their own, sad likenesses.

Where to find The Passion of Joan of Arc:
La passion de Jeanne d'Arc is a globally acknowledged classic, widely available on DVD. When in doubt, we always choose Criterion, right?

The screening I attended at the Bell Lightbox was accompanied—to a standing ovation—by the Toronto Consort and Choir 21 in association with Soundstreams and conducted by David Fallis. From the Toronto International Film Festival’s webpage:

Performed around the world to tremendous acclaim, from the Lincoln Center in New York to the Sydney Opera House, Richard Einhorn's opera/oratorio Voices of Light draws direct inspiration from Dreyer's silent masterpiece. For two nights in September, the Toronto Consort, Canada's leading chamber ensemble specializing in the music of the Middle Ages, Renaissance and early Baroque periods, will accompany The Passion of Joan of Arc with a special version of Einhorn's haunting score adapted by the composer himself.
Posted by Chris Edwards at 10:49 PM