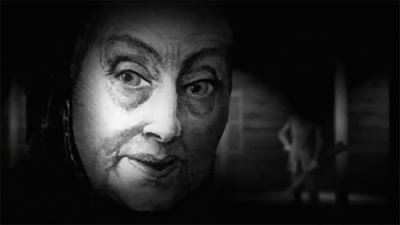 Defining the boundaries between one artform and another can be tricky. But it’s also good for the brain, and so I present the music video for “I Say Fever,” a 2009 tune by Oregon-based indy rock project, Ramona Falls. This video, and 19 others, comprised the Scene Not Heard program of the Canadian Film Centre’s Worldwide Short Film Festival, screened in Toronto last week. Among several outstanding entries, “I Say Fever” stayed with me the most. So much so that I want to write about it. But can I write about it here?

Silent Volume is a blog about silent films, not music. If it was about music—or sound films, or even just avant-garde films, I’d be less concerned about including “I Say Fever.” I’d also have ten times as many hits, but anyway… let’s talk for a sec about the dividing line between a music video like “I Say Fever” (just under four minutes, if that matters), and a silent film. Is it the music? No. As anyone still reading this post knows, silent films were always accompanied by music, partly to establish mood (just as movie music does to this day), and partly because watching moving images in dead silence for more than thirty minutes is agonizing.

Maybe it’s a matter of emphasis? For a ‘silent’ film, the images are most important—they usually compose a narrative that would remain coherent, though a bit tedious, if screened without accompaniment. Music is applied to the film, hopefully in a sympathetic way. Music enriches what’s already there. 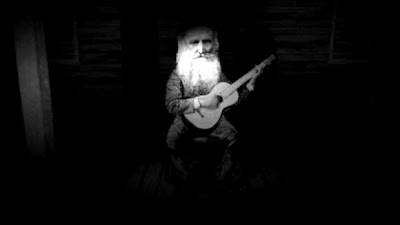 When the music comes first, and the images are produced to enrich it, we get music videos like “I Say Fever.” The song itself is simple enough: a guy reflects on his feelings for a girl, and how her awareness of them challenges her virtue:

In print, these lyrics could mean a lot of things. Sung against an echoing piano and hyper-aggressive violin, they get edgier. But animator Stefan Nadelman still had many options. I love that he chose 19th-century newsprint-styled characters to be the vehicle for his story—figurines in a world based on old-time morals, collapsing around the young couple whose ‘fever’ (symbolized by a bottle of perfume with that name) causes them to tread their own line between lust and propriety.

Could the song stand on its own, just as the images in a silent film can? Obviously, yes. But “I Say Fever’s” images are awfully self-contained for a music video. Nothing in Ramona Fall’s lyrics describes men’s and women’s heads being ripped off to reveal animal heads underneath, even metaphorically. And while the images are keyed to the song, as they should be, they do not depend on the presence of that music or those lyrics to be coherent. This wasn’t the case for many of the videos I saw at Scene Not Heard. Take a look at “Help I’m Alive,” by Metric, a video with images that would make no sense without the lyrics to contextualize them. This doesn’t make it bad, but it does make “Help I’m Alive” less interesting to me than “I Say Fever.”

Take Nadelman’s video, eliminate the song, remix it with a new song, perhaps totally different, and you might have something pretty cool. Something that could still tell a story, though perhaps not one as dark or terrifying as the one Ramona Fall’s words and sounds allow it to tell. If “I Say Fever” can’t be classified as a silent film, it’s at least equally malleable. And that’s enough to make it part of this blog.
Posted by Chris Edwards at 5:44 PM