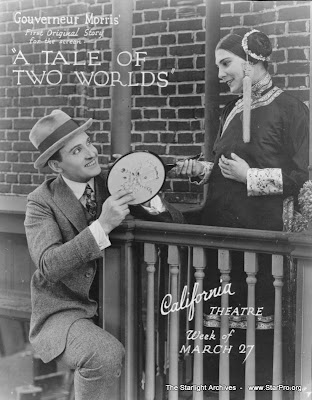 Yutaka ‘Jack’ Abe gives the best performance in A Tale of Two Worlds. Abe, a Japanese actor, plays The Worm, a young Chinese-American shop clerk. Though The Worm is a rascal, he proves his courage more than once, and Abe’s expert body language ensures we see this boy’s real feelings of regret, pain, and longing. The character is wonderful, and a Japanese man playing a Chinese one isn’t too much of a stretch, visually. But what if a white man does it? Can a bad illusion still pull us in?

This happens a lot in A Tale of Two Worlds—even the film’s marquee name, the volatile Wallace Beery, gets in on the act. Beery plays Ling Jo, a mobster and pimp who rules Chinatown in an unidentified ‘West Coast American city.’ His power is rooted in sober political events—the movie shows him at the vanguard of the Boxer Rebellion, years before, leading hordes of Chinese workers against their white colonial masters, and killing the wealthy parents of a little girl, who barely escapes him. But that was then. Today, Ling Jo is a Fu Manchu-type villain, with a hankering for ancient relics and a prison cell that crushes his foes with a descending ceiling.

Beery, berobed in Oriental garb, sneers and squints his way through scenes, giving the white audiences of 1921 the type of Chinese stock character they would have expected. And politically correct or not, he’s pretty fun. For example, there’s the early scene where he pays off an underling with bank notes, then consigns him to the crushing-room to meet his demise. The man takes his final revenge by burning the bank notes. Sifting through the remains of burnt paper and pulped underling, Ling Jo vows to pay only in gold coins from now on. 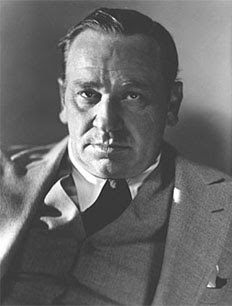 Wallace Beery
Beery doesn’t look Chinese—not even remotely. But we accept his ethnicity within the confines of the film, because he possesses enough ‘Chinese’ trappings to symbolize it. Yes, his interactions with Abe undermine the illusion, but we chalk it up to Hollywood politics. His interactions with the white sinologist, Newcombe (J. Frank Glendon), are even less jarring, because Glendon has the garb and bearing of a wealthy white man—he too is a type. Warped though it may seem today, the internal logic of A Tale of Two Worlds does hold. For a while, at least; until we’re presented with a character who, by the rules the movie sets for itself, cannot exist: Sui Sen, a white woman who looks Chinese, but isn’t.

Sui Sen (Leatrice Joy) was the baby whose parents were killed by Ling Jo’s boxers. She escaped in the arms of her parents’ friendly servant, Ah Wing (E.A. Warren, also white), who then resettled in the West Coast American city, opened an antiques shop, and raised the little girl as his own Chinese daughter.

Chinese daughter. Sui Sen apparently believes she’s of Asian descent, despite being white as a sheet. Other characters in the movie believe it too, including The Worm, who loves her from afar. Newcombe also finds himself powerfully attracted to this exotic beauty, for reasons he can’t entirely pin down. 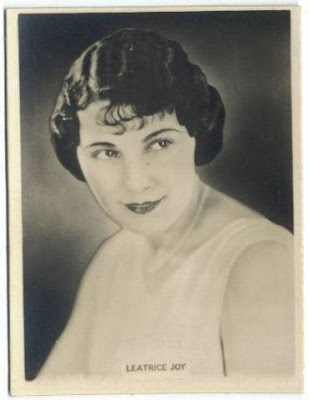 A Tale of Two Worlds is now stuck. It has already divided its characters into three camps: Asians playing Asians (The Worm, and various extras); whites playing Asians (Beery, Warren); and whites playing whites (Glendon). But how to make Sui Sen look convincingly Chinese—so much so that everyone assumes she is until events reveal otherwise? It can’t be done. The movie already requires us to believe that a white actor with enough makeup, the right clothing and a few stock-Oriental gestures is actually Chinese. If Sui Sen is actually white, then she must remain white-looking; only then can the logic of Beery-as-Ling Jo be maintained. But if she looks white, how can she look Chinese-enough to pass for Chinese?

The moral of this review—if not the story itself—is that racist casting choices don’t pay off. The racial hodge-podge of A Tale of Two Worlds really does hurt the film overall, because it keeps either Beery’s character or Joy’s (take your pick, it’s one or the other) firmly at the level of camp. But if we try to look past this huge failing, what kind of movie have we got?

As a crime story, with romance and healthy doses of action, we’ve got a pretty good one. Newcombe throws a mean right hook as he takes on Ling Jo’s mob heavies and tries to save the captured Sui Sen from a criminal lair filled with elaborate tortures and gaudy artwork. Sui Sen, see, is the object of desire for Ling Jo, who usually gets what he wants. Well, now the sinologist-turned-badass feels the same way.

The final irony here is that Ling Jo, having discovered Sui Sen is white, hopes to marry her anyway. This is strictly forbidden by Chinese custom, one of many social barriers the Chinese characters go on and on about in this film. Theirs is a rigid and ancient code to which they adhere unthinkingly and only Ling Jo, the villain, is prepared to challenge it. In spirit, (and by law, in 1920s California) the whites feel the same way as the Chinese. Newcombe’s love for Sui Sen, which kindles while he still believes her Chinese, is framed not as the triumph of emotion over prejudice, but as the natural magnetism felt between two people of the same race. The colour line holds firm.

Except, not for Yutaka Abe. The Worm backs off when he discovers Sui Sen is white, but his feelings don’t disappear. And seeing her in the arms of the equally white Newcombe is no comfort either, even if it’s supposed to be correct. The Worm is in love, and what a small thing labels are to a man, then.

For another taste of the bizarre Wallace Beery, check out The Lost World (1925).
Posted by Chris Edwards at 10:44 AM