Score One for Silent Imagery 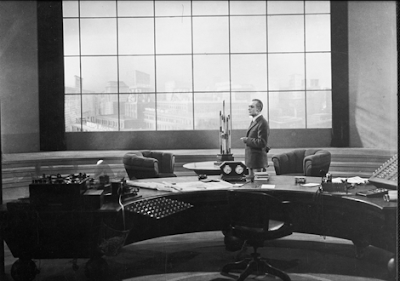 Short entry this mid-week, but here’s another example of silent film inspiring today’s artists. Toronto rock group Lioness has directed (on their own, apparently) a music video that takes some of its visuals from that most quotable of silent epics, Metropolis (1927). Here it is.

This video references a lot more than silent film—I recognized, among other things, images styled on medical footage of the thirties, forties and fifties. But extra marks to Lioness for mimicking not only the famed Maria Robot and Rotwang’s lab equipment (that’s easy), but also the snaky burlesque dances Brigitte Helm performs late in the film.

The clues wouldn’t be that obvious, though, if not for Lioness’ choice of presentation. Black and white, scratched and crackled ‘film’ stock—I wonder if this is a big part of what people think about when they’re called to recall a silent film? I hope not.

Here’s a couple of other examples that dispense with the trappings and focus on the images. Madonna’s ‘Express Yourself’ video is, of course, directly inspired by Metropolis.

(This YouTube clipster may have an axe to grind... personally, I don’t think ‘rip off’ applies to artists, unless they’re taking credit for someone else’s original work. We all pull our ideas from inspirations around us, and make mentors of those who’ve gone before. The beauty of silent film images, potent as they are, is that they function both as direct artistic inspiration to future filmmakers and raw material for samplers and mixers.)

Smashing Pumpkins’ terrific video for ‘Tonight, Tonight’ goes several steps and a moon shot further. This video is an obvious, and I think quite loving, homage to Georges Méliès’ 1902 short, A Trip to the Moon—one of the most beautiful movies ever made. This video is so good, it makes me wonder what a modern filmmaker could produce if challenged to fill two hours with short films of this type—the largely fixed-camera, heavily theatrical adventure stories that dominated the pre-Griffith era. I’d love to see it tried.

p.s.: While I appreciate Billy Corgan’s support of the silent aesthetic, I’d advise him against taking fashion cues from Nosferatu (1922).
Posted by Chris Edwards at 11:18 AM