Does this bust look familiar to you? 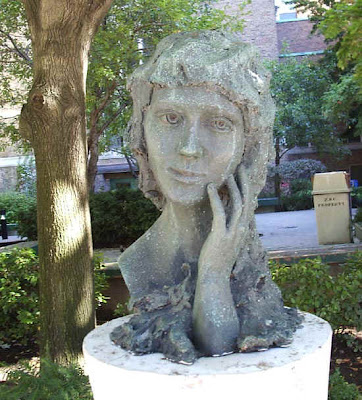 Probably not, unless you live in Toronto. This is a bronze bust of Mary Pickford, which stands by the sidewalk in front of the Hospital for Sick Children, on University Avenue. It bares little resemblance to its subject: 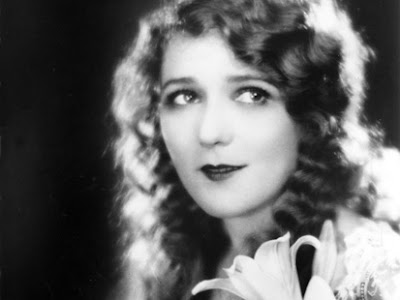 ...although it gets some of the parts right. Pickford’s dough-eyed look is there, along with the full face and the tumbling curls. But it isn’t her. It’s just a collection of her features.

Still, this image is poignant to me. The sculptor’s uncertain work reminds me of the contradictory mish-mash I’ve always found Mary Pickford to be: A woman rightfully seated at the high echelon of film history, and yet the centrepiece of so many silly movies. I watch her films, and think to myself, ‘she was better than this.’

Pickford was a dominant star between about 1913 and 1928. She embodied the plucky underdog heroine that charmed audiences of that period—she was funny, rough, but redeemable; beautiful but sexually unthreatening. No one meant more than Mary.

Nor was she just a pretty face. Pickford was a talented actress, particularly adept at comedy—and though steel-willed in business, she was an artist first. She could take risks. To the horror of her studio bosses, she ‘uglied up’ for the role of Unity Blake in Stella Maris (1918). In Little Lord Fauntleroy (1921) she played the dual roles of a young boy and his mother. 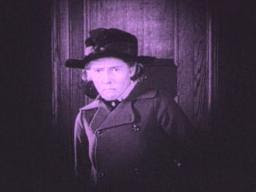 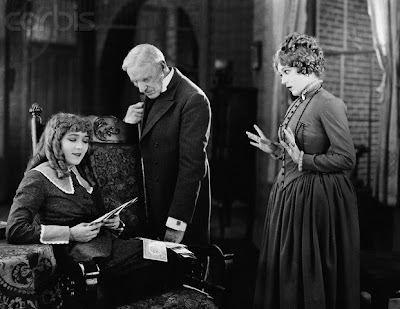 Mark Pickford at left (and at right)...

These aren’t bad films, but watching them, you feel Pickford’s desperation. She wanted so much to prove she could do anything different from her stock persona. They’re almost gimmicky: MARY PICKFORD... unattractive! MARY PICKFORD... plays two parts at once! The roles seem secondary to Pickford playing them.

My favourite Pickford film, by far, is one of her last: My Best Girl (1927). In this one, she returns to form as the gumption-filled girl from the other side of the tracks, just trying to get by. The film is better paced than some of her earlier work, and less sentimental. The dramatic scenes are few, but legitimately moving. It’s a good film. But, as with so many of her others, I cannot watch this one without being mindful of Pickford’s true circumstances. I can’t ignore Pickford, at 35, playing a woman in her late-teens. I remember that her co-star, Charles ‘Buddy’ Rogers, would marry her ten years later. He was twelve years her junior, and would care for her throughout her long decline. She retired in 1933. 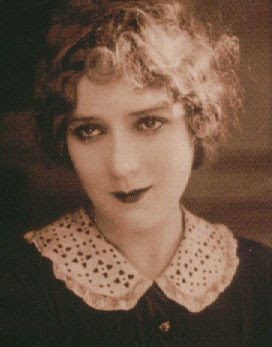 Mary Pickford in My Best Girl

The problem with being loved, of course, is that people never want you to change. And if you go along with that, you’ll be left behind one day—the day they change, instead of you. During her heyday, Pickford could challenge anything, except for her fan’s expectations. They hated Stella Maris; they even hated it when she cut her hair. But the arrival of Jazz Age values ended the affair. When audiences discovered their need for Greta Garbo, Marlene Dietrich and Louise Brooks, they turned on the woman who most embodied the old days.

Mary Pickford’s movies aren’t easy to find today, but a good video store should carry a few. Check them out, if only to see what could have been—even the worst will usually have one luminescent moment, courtesy of the great star.

By the way, if you’re interested in what else Mary Pickford managed to accomplish, a (brief) summary can be found on the plaque next to Mary’s bust. It reads as follows:

Born in 1893 in a house which stood near this site, Gladys Marie Smith appeared on stage in Toronto at the age of five. Her theatrical career took her to Broadway in 1907 where she adopted the name Mary Pickford. The actress's first film, "Her First Biscuits" was released by the Biograph Company in 1909 and she soon established herself as the international cinema's first great star. Her golden curls and children’s roles endeared her to millions as "America's Sweetheart". She was instrumental in founding and directing a major film production company [United Artists] and starred in over 50 feature-length films including "Hearts Adrift", "Polyanna" and "Coquette". For the last named film she received the 1929 Academy Award as the year’s best actress.

(For this, and other images of the bust, see http://www.ruthard.ca/art/university/pickford.html)
Posted by Chris Edwards at 8:52 PM